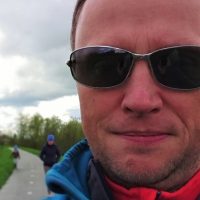 My name is Michal Borkowski. Originally I came from Poland, now for last 10 years, I’m living in The Netherlands.

I have finished some studies – when I was a little younger. So going one by one:

I have owned an IT company in Poland – MORCOM – just small one with two more people working for me (not always – but when it was needed). My company was developing some software for databases to manage for example scientific articles published by scientists and to display that information on portals, we were developing as well web pages using Roxen with RXML language (which I still love – if I need to create very quickly web interface for server functionality or customised Help Desk – this is the quick way to go).  I hope I would manage to publish some of the solutions which we had on that blog – especially web interface for FTP accounts management – which I have as well adopted in my current company….
My company was as well ISP – we used at that time a very new technology!!! WiFi 🙂 to deliver the Internet to people living in small villages. Just to give you some info – our main network was using 5GHz AP’s with stations which were up to 6km in distance. And we had a very stable link up to 6Mbits/s…:) That was real broadband that time. So with main traffic server which I was build using Linux we were able to shape the traffic for all our clients (we had around 150 computers – 130 clients) with target speed 1Mbit/s – that time it was a very good speed. And that network is still working – serving the Internet – but now operated by another company and of course, technology changed…. And to add – MORCOM was producing that time own WiFi antennas for all clients which were working within 2.4GHz – with 12dB ….. much better than what was available on the market that time – and most of those is still in use – after 15 years! (OK – I should add radio-communication was my hobby and my roof at house was full of different antennas working in different frequencies).
MORCOM was as well, in cooperation with ArtMusic from Jelenia Góra, music producer (that is Poland – you have to make everything to have a good income 🙂 ) – so we produced dozens of CDs for various artists and clients. Not only music CDs or DVDs…. but as well for software developers…. etc….

Additionally, I was working as well at Maritime University in Szczecin as a scientist (yes – I wrote some scientific articles in the past…. – probably I should do my PhD thesis…. finally) and as an academic teacher – teaching radio-communication at sea and as well IT. Plus I was working on m/s Navigator XXI – vessel owned by the university – as hydrographer (at the end Hydrographer Cat.A – the highest rank in hydrography).

So if you look above, you can find, it was in the past very busy period – but I was young and full of ideas…. ok – now I’m as well full of ideas… So this doesn’t change…. As an example, I have fully automated my new house – using a mix of technology – starting from Z-wave – following WiFi finishing on 75cm frequencies.

But – it was a little too much for me and for my wife – that why we have decided to focus on something different – the idea was to work still close to new technology, to have contact with IT, to teach (I really like teaching….) – and CARIS was that time a good solution. So in 2007, I decided to change my career – and I have joined CARIS in The Netherlands. This was the place where I was able to get more knowledge about Hydrography and to share my knowledge related to IT  and networks. And finally no papers and bureaucracy….  unfortunately Poland is not the best country to have a business if you do not like all the papers, government controls etc. I have found that making business in The Netherlands, as a small company is much easier…. I wish Poland would learn from other countries… but unfortunately, after more than 40 years of communistic time and economy, it is difficult to change….

So from 2007 I’m working in CARIS – travelling around, teaching hydrography and data processing, as well data management,  plus additionally assisting some institutions in the development of their bathymetric data centres – trying to automate all processes…. Now CARIS is part of Teledyne….

And I have of course wife (the same from the year 2000), two children.

This is my private blog where from time to time I would place some articles – practical – about technology which you can use to make your live easier – like Home Automation, Home Network Security, about Hydrography, Servers etc… Maybe some people would find this useful.

More about me you can find as well on LinkedIn profile HERE.

This website uses cookies to improve your experience while you navigate through the website. Out of these, the cookies that are categorized as necessary are stored on your browser as they are essential for the working of basic functionalities of the website. We also use third-party cookies that help us analyze and understand how you use this website. These cookies will be stored in your browser only with your consent. You also have the option to opt-out of these cookies. But opting out of some of these cookies may affect your browsing experience.
Necessary Always Enabled
Necessary cookies are absolutely essential for the website to function properly. This category only includes cookies that ensures basic functionalities and security features of the website. These cookies do not store any personal information.
Non-necessary
Any cookies that may not be particularly necessary for the website to function and is used specifically to collect user personal data via analytics, ads, other embedded contents are termed as non-necessary cookies. It is mandatory to procure user consent prior to running these cookies on your website.
SAVE & ACCEPT